The Washington Post recently interviewed Mindy to get her best organizing travel tips. Here is what came of her interview.

The completely correct guide to unpacking after a trip

You might be the kind of hyper-organized traveler who gets home and immediately unpacks, does laundry and puts away your luggage.

Or you might be like me — what I would consider completely normal — and still have half-full bags sitting around the living room two months after getting home, just waiting for the next trip.

Who is right in this scenario? Okay, probably Group A. But procrastinators are legion, and who can blame us? We’re wiped out from traveling. We’re bummed the trip is over. We have other clothes, and probably a spare toothbrush. Plus that suitcase looks fine in the corner, right?

“It’s kind of like one of those things where, once you get used to seeing it there, you kind of forget that it’s there,” says Brooke Schoenman, editor and founder of the travel gear and packing site Her Packing List. “It becomes the norm: That suitcase belongs there.”

Organization and packing experts are not in favor of this luggage-as-furniture approach. But they also recognize that many of us — so, so many — need help to break out of our old ways.

“We have many clients who will call our consultants in to help them on both the packing side and with unpacking,” says Mindy Godding, a certified professional organizer and co-founder of Richmond-based Abundance Organizing. “So we see this on a daily basis.”

We asked experts and regular travelers who Have It Together to find out the best tips for unpacking once you’re back home.

[Ever had the post-vacation blues? Here’s how to avoid them.]

1. Don’t pack too much to begin with

Do you need your entire makeup bag, or can you grab one of each item for the road? Streamline accessories and toiletries, and avoid the pitfall of bringing extra clothes “just in case.” Putting similar items in their own packing cubes or bags to begin with can also help with unloading everything at the end. 2. Dedicate a time to the chore of unpacking

Godding recommends building a “reentry day” into the schedule so travelers aren’t getting home the night before they have to rush back to work: “Come back on a Saturday instead of a Sunday so you at least have a down day where no one’s expecting you to be at a meeting or on a phone call,” she says.

Use that day for all the settling-back-in work, and make a calendar appointment to prioritize the task. If it’s not possible to unpack right away, try to get it done within a week at the maximum.

I feel like people who unpack and put up their clothes after a trip really have their life together. 🤦🏾‍♀️

Keep dirty clothes separate from clean, in their own bag or compartment, and put them in the wash as soon as you get home. Remember that anything wet or soiled will not improve by sitting longer in a suitcase.

Fold clean clothes by type when you’re returning from a trip so all the shirts, pants, socks and other items are grouped together. That way, they’ll be easier to put away at the same time.

[How Santa Claus packs for his trip around the world]

Keep a bag of toiletries and essentials stocked and in your bag at all times, along with items you only use when traveling, like a luggage scale or jewelry case.

When you get home, clean anything that got dirty, refill whatever is low and make a list of what needs replacing to make sure you’re fully prepared for the next trip. If you travel frequently, Godding says, it makes sense to keep spares of staples like allergy medication and low-cost tools such as tweezers, nail clippers and combs in a designated bag.

“Part of the unpacking process is evaluating what you have left for your next trip,” Schoenman says. 5. Take out the tchotchkes

Take souvenirs, papers or other knickknacks you’ve collected on your trip out of the bag right away. Put them somewhere you will see them.

“I like to put it somewhere where I can’t avoid it,” Schoenman says. “If I take all that stuff out and put it on the dining room table, eventually I’m going to have to get to it because I want to sit down.”

Toss what you really don’t need (that sightseeing pamphlet, bar flier or museum guide) and put gifts and meaningful souvenirs in a dedicated place. Ideally, Godding says, that space would involve some kind of creative visual display or a box with a lid.

“If you can put it in a box or a bin, I think it’s a best-case scenario because it gives it boundaries,” she says. “If the box is overflowing or you can’t connect the lid any longer, all right, I need to reassess what’s in here and make sure that it’s all still making me happy and all still meaningful.”

Freebies like hotel toiletries or shower caps should also get some scrutiny. Godding says unpacking is the right time to assess any existing inventory at home and make sure the stockpile is getting out of control.

“When the stock continues to grow and it never gets depleted, that’s usually when you know you’ve got an issue,” she says. “And it’s easiest to diagnose that when you’re back from a trip.”

Ahh yes. Now begins the three week period where instead of taking 15 minutes to unpack, I live out of my suitcase until only a single sock and random t-shirt remain and then I repack the next day for my new trip.

This is the Sisyphusian punishment of my Nike bag.

If the idea of unpacking is a complete drag, give yourself some motivation.

Godding has several methods that she suggests to clients: Put a TV show on and see how much you can get done during a commercial. Blast some music and put away as many things as possible before each song ends. Invite a supportive friend over so you have company (but also an accountability partner).

Or, taking the spoonful of sugar approach, pack a treat at the bottom of the suitcase or designate some other reward for finishing.

Once everything is finally unpacked, inspect your bags inside and out — especially along seams and in various nooks and crannies — for bedbugs or other critters.

“It doesn’t matter who you are or where you stay, they can get you,” Schoenman says. 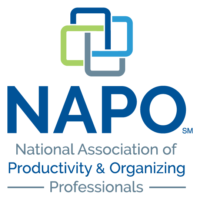